History of the Film Archive Project

The decision to form an official Film Archive Project at the C.G. Jung Institute of Los Angeles was made in the Spring of 1975 in the living room of James and Hilde Kirsch. Attending were William Walcott, Ph.D., the President of the Society of Jungian Analysts, George Wagner, the new Executive Director of the C.G. Jung Institute of Los Angeles, Suzanne Wagner, Ph.D., a newly certified Jungian analyst, and Sam Francis, a world renowned Abstract Expressionist painter from Santa Monica who was a passionate student of Jungian psychology.

At this meeting Suzanne Wagner proposed to raise funds to travel to the homes and offices of individuals still living who had been close associates of Jung either as students, colleagues, analysands, friends, or family members. The concept was to film a conversation with them on the topic of their experience of Jung. The intention was to capture a personal and grounded perspective of Jung. The people who knew Jung through decades of the development of his work had a special view of this great creative pioneer of Depth Psychology. These rare perceptions would be lost forever if some dedicated efforts were not made to capture all that had been witnessed and experienced as Jung concentrated on the evolution of his work.

Dr. James Kirsch, a founding analyst of the Jung Institute of Southern California and a leading authority in Jungian circles in Los Angeles, was at first not very enthusiastic about this idea. He voiced the opinion that efforts to raise money and actively promote meaningful work centered on Jung’s psychology might better be spent in other ways. After some discussion, he suggested that we throw an I Ching. He ran upstairs to fetch the book and we proceeded to throw the coins, asking the question, “Of what value would such a film project be?” The answer was #8, Holding Together. Without reading the commentary, James slapped the book down on the table and said, “O.K., I will change my mind on this; we should go ahead.” Sam Francis quickly said, “I’m in if you allow me to choose the main cameraman.” And so we began.

Shortly after, Bill Walcott left the committee due to a busy schedule.The committee then gained enthusiastic support and wise guidance from Gilda Frantz, wife of founding analyst, Dr. Kieffer Frantz, and a passionate student of Jung, and from Rose-Emily Rothenberg, a newly certified analyst. In the Spring of 1975,the first filming was completed with Dr. James Yandell of Berkeley interviewing Dr. Joseph Wheelwright- a founding father of the San Francisco Institute and past President of the International Association of Analytical Psychologists- in the garden of Wheelwright’s home in Kentfield. Dr. Yandell joined the committee and helped George Wagner persuade the Jung Institute of San Francisco to contribute funding to the project. 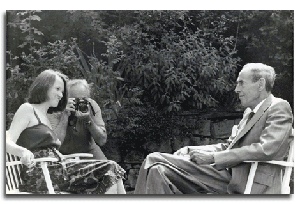 The talents of Mark and Michael Whitney, two young film makers from Santa Monica recommended by Sam Francis, were then enlisted. Suzanne acted as Chair of the Project, George as the Executive Producer. Funds were raised to launch the first trip to Zurich to film Liliane Frey, Ph.D., Heinrich Fierz, M.D. and C. A. Meier, M.D in the summer of 1976. In the first year of work, Tony Morris, who was an assistant to the Administrator at the Institute, acted as Director of the filming aspects of the project during the Spring and Summer of 1976, After that he left the project to meet other commitments. Hilde Kirsch helped introduce the idea of the project and the crew to other analysts in Zurich whom we hoped to film in the future.

The raising of funds and filming continued from 1976 to 1980. During those years the same basic crew traveled to Zurich, London, New York, and San Francisco to film 35 different people who had a close connection to Jung. Extra sound and camera experts were hired from time to time for different filming sessions. Sam Francis became a major financial backer and later when film production began, he donated a small house in Santa Monica to serve as a temporary production studio. Sam accompanied the crew and the Wagners on three different trips to Europe and was present at many of the filming sessions in the U.S. as well. Through the years over 600 individuals and groups have contributed in large and small amounts to the funding of this work. Some have chosen to remain anonymous. Others are listed in the credits at the end of the films. Without the generous financial support and volunteer work of many people, these films would not have been made. We are very grateful for all of the contributions made by so many over the years. 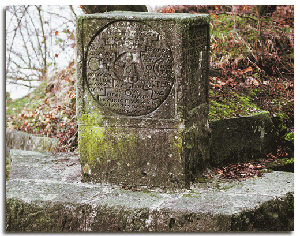 A young composer who was serving as Composer in Residence for the San Francisco Symphony, John Adams, was given a commission by the Film Archive Committee to compose an original score for Matter of Heart. John Adams, in subsequent years, has produced many stunning classical works that have earned him world recognition as one of the finest living composers. In addition to many works for small ensembles and full symphonies, he has written several operas, Nixon in China, The Death of Klinghoffer, Dr. Atomic, and A Flowering Tree. After the 9/11 disaster he was commissioned by the New York Philharmonic and the Lincoln Center to compose a piece to mark the tragic event. He produced a choral work, On the Transmigration of Souls, for which he was later awarded the Pulitzer Prize for Music.