Refund requests must be sent by email at administration@junginla.org before Friday, 12:00 pm prior to the program paid for. No refund will be issued otherwise. The last session will be free for attendees who participate in the first 9 sessions.

To apply, email the completed application form to administration@junginla.org or mail it to 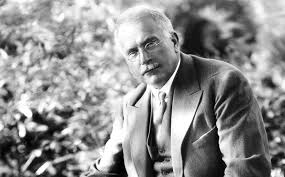 The C.G. Jung Institute of Los Angeles offers a Certificate Program in Jungian Studies for licensed mental health professionals only, which extends over a ten-month period beginning in September 2021 and ending in June 2022. It is structured around seminar courses on Saturdays, once a month, from 9:00 am to 4:00 pm, each focused on a current topic in Analytical Psychology.

The morning session from 9:00 am to 1:00 pm will consist of a theoretical part with the presentation of case material. Following a lunch break, the afternoon session from 2:00 pm to 4:00 pm will be devoted to case consultation in smaller groups. It will provide an opportunity for discussion and integration of theoretical and clinical material.

The class is intended for licensed mental health professionals, including Psychologists, Clinical Social Workers, and Marriage and Family Therapists.

Seminar courses will take place in person with the speaker at the C.G. Jung Institute of Los Angeles. Online access with Zoom will also be provided.

Nurses: The C.G. Jung Institute of Los Angeles is an accredited provider approved by the California Board of Registered Nursing (Provider #07986).

A maximum of 60 CE credits can be earned based on class attendance.

Certificate: A Certificate in Jungian Studies will be awarded to participants after completion of the program. Participants may miss 2 classes and still receive the certificate.

This presentation will introduce the historical context for and fundamental principles of analytical psychology, a psychodynamic approach to understanding the structure and dynamics of consciousness and its relationship to the unconscious. We will examine key similarities and differences between analytical psychology and ego psychology, which ultimately led to a breakdown of the relationship between Jung and Freud. Finally, we will look at Jung’s psychology in light of later schools of psychoanalytic thought, such as object relations theory, and its influence in light of contemporary analytic practice.

Marybeth Carter, Ph.D., is a clinical psychologist and Jungian analyst in private practice in West Los Angeles and Palm Springs, and currently serves on the Executive Committee of the International Association for Jungian Studies (IAJS). She is an adjunct faculty at Pacifica Graduate Institute and Antioch University and has a special interest in the creative arts and transcendent states. Marybeth has had an extensive career in nonprofit leadership and has published often in the victim and trauma services field.

The Religious Nature of the Psyche

Jung believed that the individual is inherently religious, capable of relating to the divine or numinous, which he saw as something separate from religious dogma. In analytical psychology, he referred to the carrier of this experience as the Self.  In this presentation, we will examine the clinical relevance of Jung’s concept of the Self as it applies to conscious and unconscious processes, how to identify the Self when it emerges in clinical work, as well as some of the defensive structures which prevent the ego from resolving unconscious conflicts and impulses.

Lori Tyler, Ph.D., is a clinical psychologist and Jungian analyst in private practice in Long Beach and serves as Co-Director of the Kieffer Frantz Clinic at the C. G. Jung Institute of Los Angeles. In addition to her work with adults and couples, she also facilitates a monthly dream tending group that explores the symbolic language of the soul as expressed through dream imagery. Her areas of interest include shamanism, alchemy, theology, sandplay, and collage as an expression of inner life.

Jung was interested in the symbolic expression of unconscious material, not only in his work with dreams but also through a creative process which he called active imagination.  He believed that through writing, drawing, painting, working in clay, and movement, patients might be able to contact and give voice to aspects of their inner world.  We will examine the history and roots of this practice, its theoretical background, and assumptions, as well as focus on clinical vignettes which demonstrate some of the ways in which active imagination can be of value in helping patients integrate aspects of their personality.

Marion Anderson, Ph.D. is a clinical psychologist and Jungian analyst at the C.G. Jung Institute of Los Angeles. At the moment, she sees clients online and in person and has a private practice in Santa Monica where she works with adults who suffer from anxiety, depression, trauma, cultural adaptation, and major life transitions. Dr. Anderson is also a certified sandplay therapist and speaks German, English, and Portuguese.

The Relationship Between the Ego and the Unconscious

This presentation will examine some of the foundational concepts inherent in Jungian psychology, such as the role of the ego, shadow, persona, and the complexes in psychological development.  Jung’s concept of individuation is based on the notion that it is the integration of the split-off or rejected parts of the psyche, our innate “otherness” which ultimately leads to a strengthening of the ego and a sense of wholeness.  We will identify some of the clinical issues inherent in coming to terms with these often disavowed aspects of the ego and the struggle between inner work vs. willpower in approaching a relationship with the unconscious.

Psychological Types was Jung’s first major work after his break with Freud and was influenced by his experience as a psychiatrist with patients, his association with Freud, dialogues with other colleagues, and through his profound inner experiences as reported in The Red Book.  In addition to examining the development of his theory of typology, we will explore various clinical applications of psychological types, the relevance of typology to an individual’s self-understanding to couples and relationships, as well as family dynamics.  We will also assess how typology can influence the interactions of clinicians with their patients, alert us to blind spots that can occur, and other issues related to typology that can affect the therapeutic process.

Steven Galipeau, M. A., M. Div., is a Jungian analyst in private practice in Woodland Hills and President and Executive Director of Coldwater Counseling Center in Studio City. The author of The Journey of Luke Skywalker: An Analysis of Modern Myth and Symbol and Transforming Body and Soul: Therapeutic Wisdom in the Gospel Healing Stories, Steve has also written several articles and reviews for various Jungian journals and lectured nationally and internationally on a variety of topics related to Analytical Psychology. Steve lectures regularly at the Institute. He mostly recently lectured on Moby Dick.

Fairy tales are allegorical stories that carry meaningful symbolic representations of complex external challenges, internal conflicts, and psychological processes. In this seminar, we will look at the symbolic nature of fairy tales and learn how to analyze them and amplify their archetypal images, characters, and themes through a process that is similar to the interpretation of dreams. We will also discuss why the interpretation of fairy tales is such an important clinical tool in Jungian psychology, and when it can be appropriate to introduce the use of fairy tales in our analytic work with patients. Please bring a favorite fairy tale to share that has always felt particularly important to you.

Marlene Frantz, M.A., M.F.T., is a Jungian analyst, a group psychotherapist, and an equine therapist in private practice in Santa Monica and Topanga, California. She has contributed articles and been a featured artist in Psychological Perspectives; is a member of the teaching faculty of the C.G. Jung Institute of Los Angeles and Jung in Ireland; and has lectured on creativity, grief, facing mortality, and equine therapy. In addition, she has lead groups and workshops in Los Angeles on the creative process, dreams, uncovering personal rituals around food, and rebuilding one’s life after loss. Dreams can serve as metaphors for unconscious conflicts, highlight shadow or disavowed parts of the personality, reveal aspects of our interpersonal relationships, reflect issues in the transference, make us more aware of the role of our somatic experience, alert us to psychological issues that are in the process of becoming conscious, and connect us to our innermost authentic core sense of self.  In this class, we will focus on how to identify different types of dreams, ways of helping the dreamer to amplify their dream material, how to distinguish between the personal and archetypal aspects of a dream, and the role of specific kinds of dreams in the context of the analytic process.

Robert Moradi, M.D., is a Jungian analyst at the C. G. Jung Institute of Los Angeles and a board-certified psychiatrist in private practice in Santa Monica. He is a clinical professor of psychiatry at UCLA School of Medicine. Currently, he teaches and writes on Jungian approaches to clinical practice.

Carmen Kobor, Ph.D., is a Jungian analyst in private practice in Beverly Hills, and a member of the faculty at the C. G. Jung Institute of Los Angeles. Her area of interest is the role of the soul in clinical practice. Dr. Kobor has lectured on this topic at the 4th International Congress of the International Society of Psychology as the Discipline of Interiority at Trinity College, Dublin, in a presentation entitled The Crucible of Soul Logos.

This seminar will introduce different theoretical approaches to working with children in an analytic context, including issues of transference and countertransference, the function of the therapist, as well as the role of the parents.  Drawing from clinical case material which will include art, play, dreams, and sandplay, we will focus on Jung’s concept of individuation as it pertains to the psychological development of the child.  Our readings will be drawn from Brian Feldman’s Jung’s Infancy and Childhood and its Influence Upon the Development of Analytical Psychology, and LaVon Bobo’s Neumann’s Map:  Guide to Sandplay as a Natural Evolutionary Process.

Elizabeth Schofield-Bickford, M.F.T., is a Child and Adult Jungian Analyst and a member of the CG Jung Institute of Los Angeles and a Registered Sandplay Practitioner with the Sandplay Therapists of America. She is the Co-Director of the Hilde Kirsch Children’s Center and a past host of the Certificate Program here at the Institute. Her article entitled “Dying to Be An Analyst” was published in Psychological Perspectives in 2020. She has a private practice in Santa Monica where she sees children and adults.

Barry Miller, Ph.D., is a Jungian analyst and clinical psychologist in West Hollywood. In addition to serving as faculty at the C.G. Jung Institute of Los Angeles, he lectures frequently on dreams, sexuality, and transference, and countertransference issues.